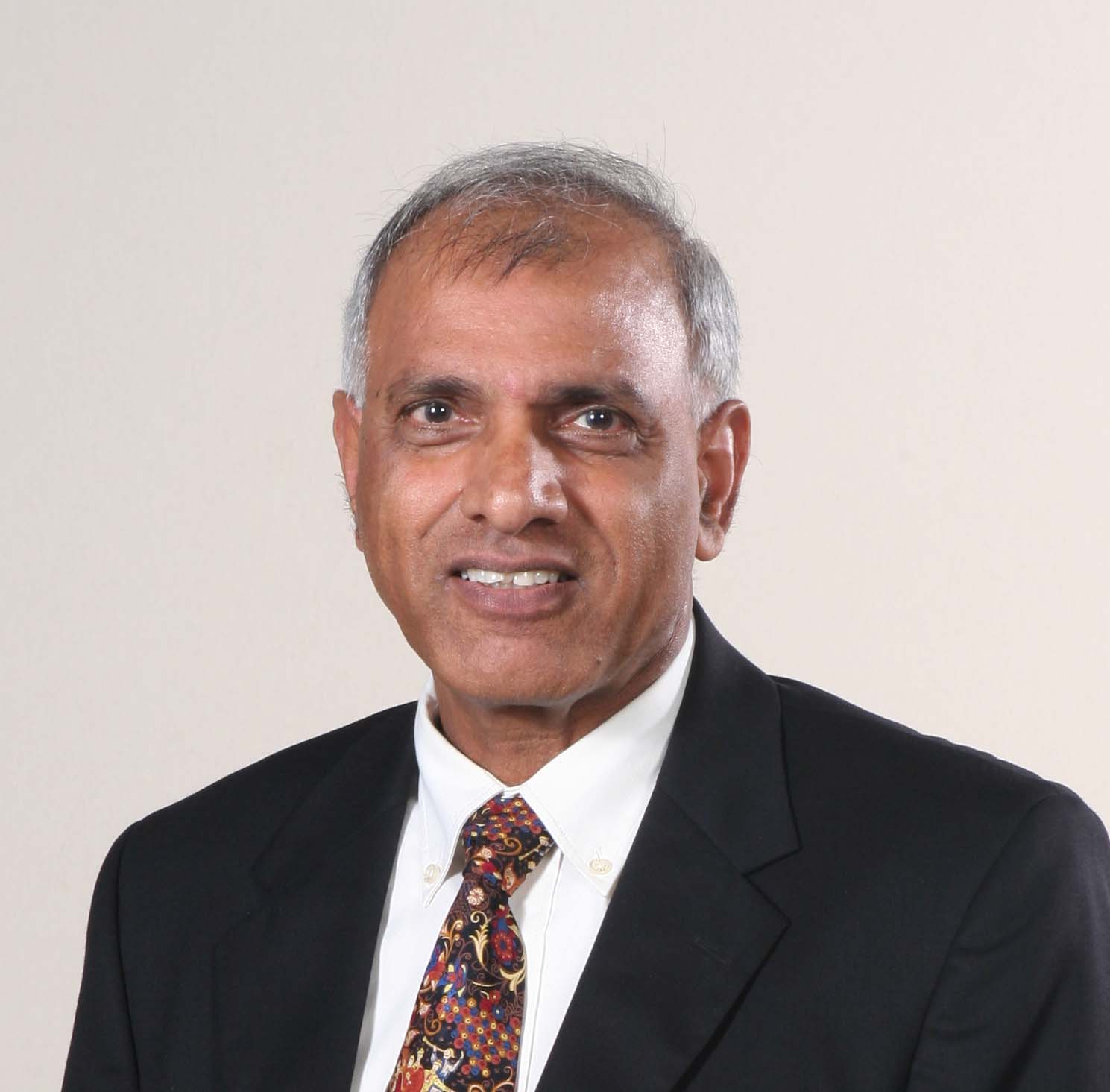 Dr. Reddy, the Oscar S Wyatt Endowed Chair Professor, Distinguished Professor, and Regents Professor of Mechanical Engineering at Texas A&M University. A highly-cited researcher, author of 20 textbooks and over 550 journal papers, and a leader in the applied mechanics field for more than 40 years, Reddy has been a member of Texas A&M faculty since 1992. Reddy is known worldwide for his significant contributions to the field of applied mechanics through the authorship of widely used textbooks on the linear and nonlinear finite element analysis, variational methods, composite materials and structures, applied functional analysis, and continuum mechanics. No one since S.P. Timoshenko has the same impact on engineering mechanics education as Reddy through his textbooks that have helped three generations of engineers. His pioneering works on the development of shear deformation theories (that bear his name in the literature as the Reddy third-order plate theory and the Reddy layerwise theory) have had a major impact and have led to new research developments and applications. In his election to the US National Academy of Engineering (NAE), he was cited for his “contributions to composite structures and to engineering education and practice.” His earlier research focused primarily on mathematics of finite elements, variational principles of mechanics, shear deformation and layerwise theories of laminated composite plates and shells, analysis of bimodular materials, modeling of geological and geophysical phenomena, penalty finite elements for flows of viscous incompressible fluids, least-squares finite element models of fluid flows and solid continua. Some of the ideas on shear deformation theories and penalty finite element models of fluid flows have been implemented into commercial finite element computer programs like ABAQUS, NISA, and HyperXtrude. In recent years, Reddy's research deals with 7- and 12-parameter shell theories, nonlocal and non-classical continuum mechanics problems, and problems involving couple stresses (i,e, the development of nonlocal beam and plate theories using the ideas of Eringen, Mindlin, Koiter, and others), surface stress effects, discrete fracture and flow, micropolar cohesive damage, and continuum plasticity of metals from considerations of non-equilibrium thermodynamics - as they appear in blood flow, bones, and materials with hard inclusions and phases. He is the recipient of the 2000 Excellence in the Field of Composites and the 2004 Distinguished Research Award from the American Society for Composites. Recent Honors include: 2016 Prager Medal, Society of Engineering Science, 2016 Thomson Reuters IP and Science’s Web of Science Highly Cited Researchers - Most Influential Minds, and the 2016 ASME Medal from the American Society of Mechanical Engineers.

Dr. R. Byron Pipes was elected to the National Academy of Engineering in 1987 in recognition of his development of an exemplary model for relationships between corporate, academic and government sectors to foster research and education in the field of composite materials. As co-founder and director of the Center for Composite Materials at the University of Delaware, he developed an industrial consortium of over forty corporate sponsors from the USA, Japan, Germany, France, Italy, United Kingdom, Belgium, Sweden and Finland. Today, almost 40 years after its founding, the University of Delaware Center is the largest and most successful of its kind in the United States. Research expenditures have exceeded $100 million. In 2013, Dr. Pipes developed the Composites Design and Manufacturing HUB (cdmHUB) to meet the simulation needs of the growing composites industry. To date, the cdmHUB is supported by five corporate sponsors (Boeing, Rolls Royce, Cytec, Dassault Systemes and Henkel) as well as DARPA. His most recent research programs focus on the development of composites manufacturing with emphasis on additive manufacturing. He currently leads the Indiana Center of Excellence of the DOE Institute for Advanced Composites Manufacturing Innovation (IACMI) as Director of the Design Modeling and Simulation Technology Area. He is the Executive Director of the Composites Manufacturing & Simulation Center (CMSC) housed in the Indiana Manufacturing Institute in the Purdue Research Park. He has active programs in the study of the advanced manufacturing science for composite materials. 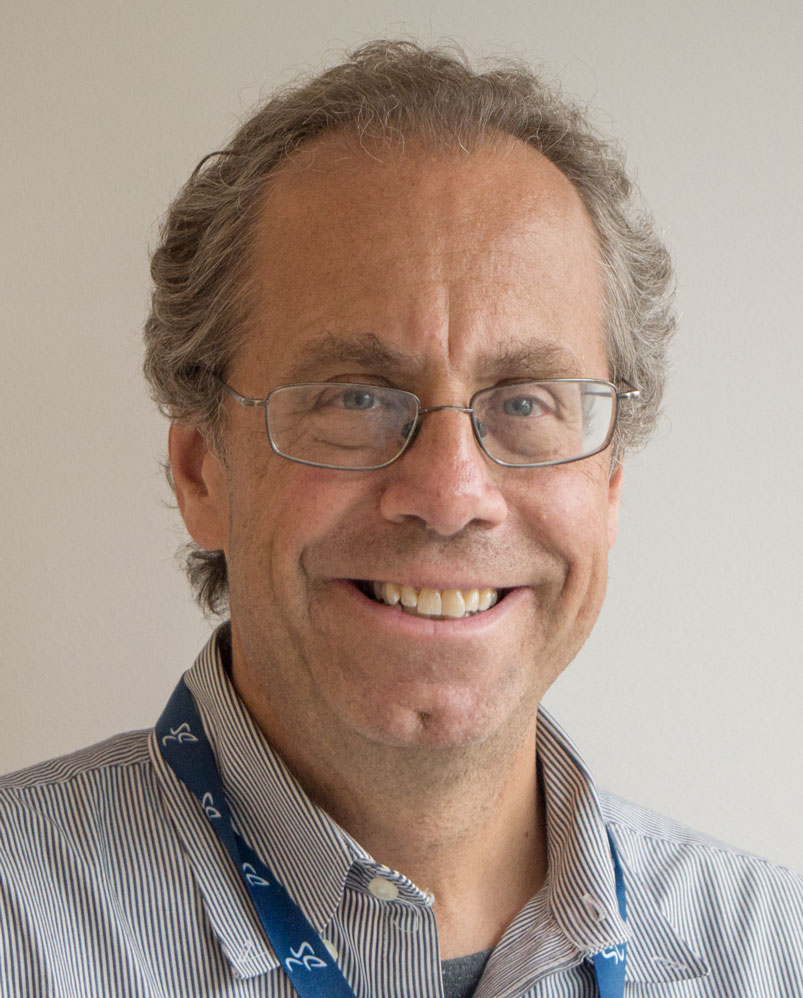 Bruce Engelmann serves as Chief Technology Officer of Dassault Systèmes Simulia Corp. He is responsible for growing SIMULIA’s technology leadership position and guiding the company’s technical software development in response to customers' long-term business requirements. Bruce is a thought leader and champion of multiphysics driven design, optimization, incorporating advanced materials and understanding their complex behavior at all scales. He has led a variety of technology and advanced mechanics innovations in simulation software for nearly 20 years and he directed the development of Abaqus/Explicit in the early years before taking the CTO role in 2002. Before joining SIMULIA, Bruce received his Ph.D. in Civil Engineering and Applied Mechanics at Northwestern University in 1986 and following that became a lead software developer at Lawrence Livermore National Laboratory, as well as working as a principal in multiple startup companies in both software and hardware development. His interests in multiphysics finite element simulation extend back 35 years to when he first realized that computers were going to transform engineering as we know it.

Lecture: Overview of the Mechanics of Materials and Structures (MOMS) Program at NSF. 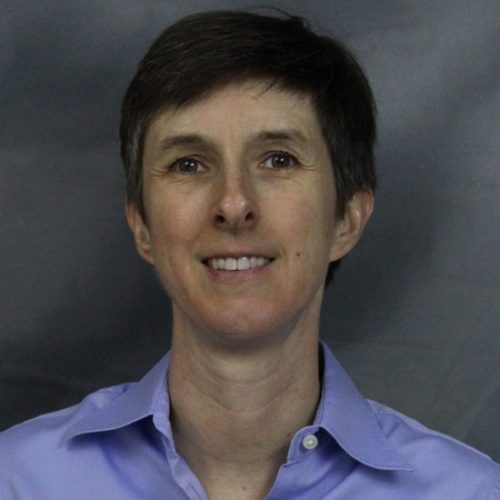 Dr. Kara Peters is a Professor in the Department of Mechanical and Aerospace Engineering at North Carolina State University and currently on a rotator appointment as the Program Director for the Mechanics of Materials and Structures at NSF. She is also a co-Program Manager for the Design of Engineering Materials Systems program and the EFRI NewLaw program. She received her PhD in Aerospace Engineering from the University of Michigan in 1996. Following her PhD, Dr. Peters worked as Post-Doctoral Researcher in the Laboratory of Applied Mechanics at the Ecole Polytechnique Fédérale de Lausanne. She then joined North Carolina State University in 2000. Dr. Peters is a member of the ASME Adaptive Structures and Material Systems Technical Committee and was the chair of the SPIE Smart Structures and Materials Symposium in 2010 and 2011. Dr. Peters’ research focus on the development, modeling and integration of optical sensors for structural health monitoring of composite structures and other in-situ experimental measurement techniques for dynamic loading. A major focus has been multi-scale deformation measurements in extreme loading environments. More recently, her research group has also developed large deformation polymer optical fiber interferometric sensors for monitoring of compliant structures. These efforts have been funded by NSF, AFOSR, ONR, NASA, DARPA, and the AIST program of the DOD. She is an Associate Editor of the journal Smart Materials and Structures and the journal Measurement Science and Technology.

Lecture: Chasing the Limits with Composites 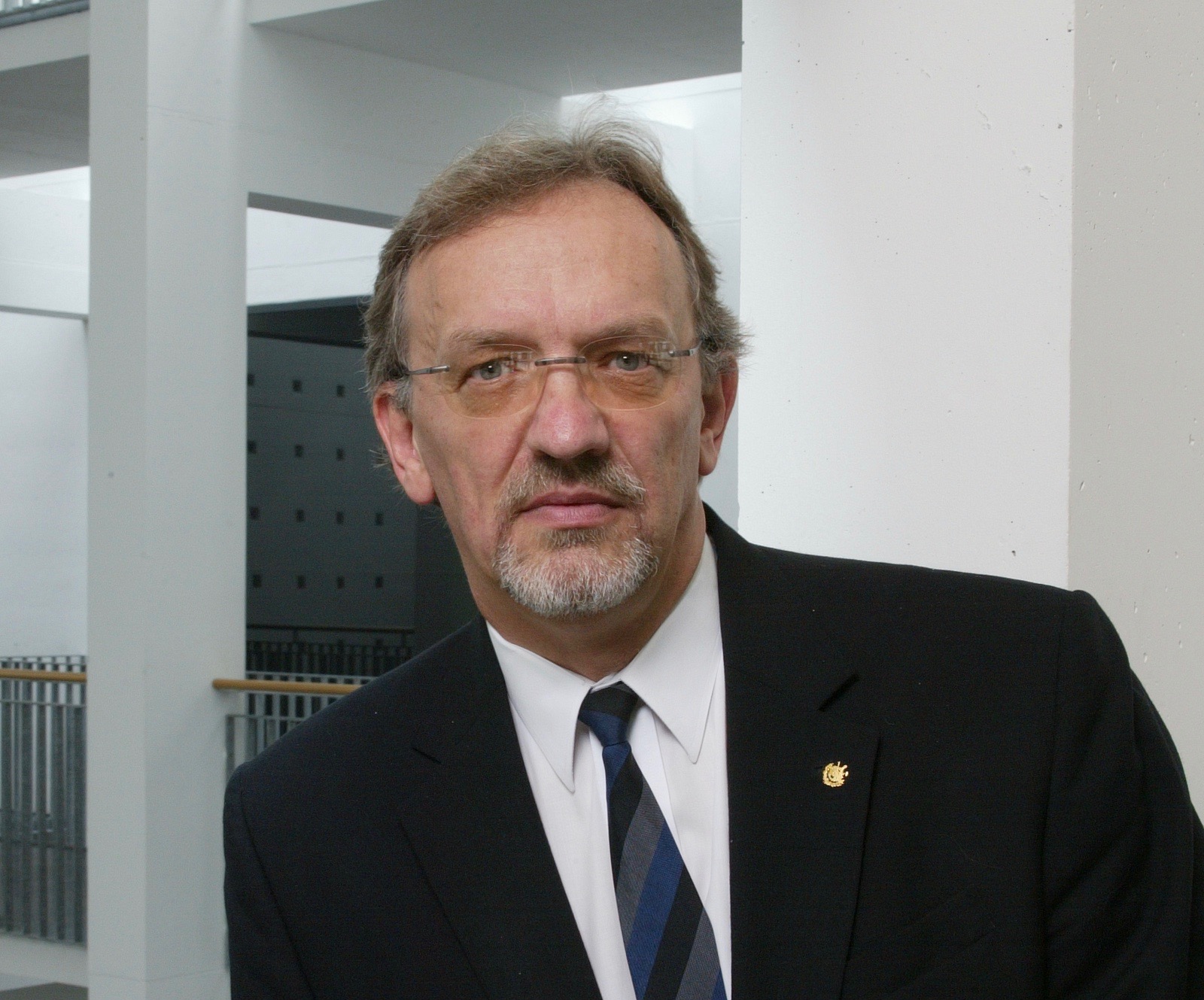 Professor Jan-Anders E. Mansson, Distinguished Professor of Engineering, Schools of Materials and Chemical Engineering at Purdue University, and Director of the Composites Manufacturing Simulation Center. Mansson received his PhD from Chalmers University of Technology, Gothenburg, Sweden, in 1981. After several years as CTO of a Manufacturing company, he was appointed Professor of Composite Materials at University of Washington, Seattle, and at the Royal Institute of Technology (KTH), Stockholm, Sweden. In 1990, Mansson joined the Ecole Polytechnique Fédérale de Lausanne (EPFL) as Professor and Director of a newly created chair in Polymer and Composite Technology (LTC) at the Institute of Materials. His research is focused on novel cost-effective materials and manufacturing methods as well as unique additional functionalities, beyond the classical performance characteristics of composite materials. Scaling strategies for industrial implementation has been a focus since the beginning. The research partners are primarily in the Automotive, Aerospace, Chemical, Medical and Sport industries. The research has led to over 600 scientific publications and a number of patents. Mansson has served for head of the Institute of Materials at EPFL and later as Vice-president of EPFL, responsible for a newly created vice presidency in Innovation and Technology Transfer. Besides his daily University engagements, he was for 10 years the President of the International Academy of Sports Science and Technology, AISTS, an International Olympic Committee (IOC) co-founded organization linking Academic Institutions in Sport Management and Technology. He served as responsible, under the Swiss Federal Science Agency, for the cooperation in Science and Technology with the Republic of Korea. Mansson is the founder of the composite companies, EELCEE Ltd. and QEESTAR Co. Ltd. (JV) active in the field of High-Volume Composites and Additive Manufacturing. He is member of The Royal Swedish Academy of Engineering Sciences, IVA, and the Swiss Academy of Engineering Sciences, SATW.

Professor Wing Kam Liu is a world leader in multiscale simulation-driven engineering and science. His research has benefitted the understanding and design of nano-materials, engineering material systems and additive manufacturing, biological processes, and the use of organic and inorganic materials for drug delivery systems, bio-sensing, and other diagnostic and therapeutic applications. Liu is selected as a highly cited researcher in Computer Science and a member of the World’s Most Influential Scientific Minds by Thompson Reuters. Liu’s selected honors include 2014 JSCES Grand Prize in recognition of outstanding contributions in the field of computational mechanics, the Honorary Professorship from Dalian University of Technology in 2013, the International Association of Computational Mechanics (IACM) Gauss-Newton Medal; the ASME Dedicated Service Award, the Robert Henry Thurston Lecture Award, the Gustus L. Larson Memorial Award, the Pi Tau Sigma Gold Medal and the Melville Medal, (all from ASME); the John von Neumann Medal and the Computational Structural Mechanics Award from the US Association of Computational Mechanics (USACM); and the IACM Computational Mechanics Award, and the Computational Mechanics Award from Japanese Society of Mechanical Engineers. Currently, Liu is the President of IACM, the Past Chair of the US National Committee of Theoretical and Applied Mechanics and a member of the US Board of International Scientific Organizations. Liu chaired the ASME Applied Mechanics Division and is a past president of USACM. He was the founding Director of the NSF Summer Institute on Nano Mechanics, Nano Materials, and Micro/Nano Manufacturing, Founding Chairman of the ASME NanoEngineering Council, and Founding Director of the Master of Science in Simulation-Driven Engineering Program at Northwestern University. He is the editor of two International Journals and honorary editor of two journals and has been a consultant for more than 20 organizations. Liu has written four books; and he is a Fellow of ASME, ASCE, USACM, AAM, and IACM.